The pictures Below are from the Great Depression era. Many people in 2020 will be losing their homes because of the lock down and the destruction of jobs. A repeat? Well yes but it will be many times worse.

Not only will be be facing all this, but the Grand Solar Minimum and the magnetic pole reversal and waning magnetic field of the earth are relentless and cannot be stopped. 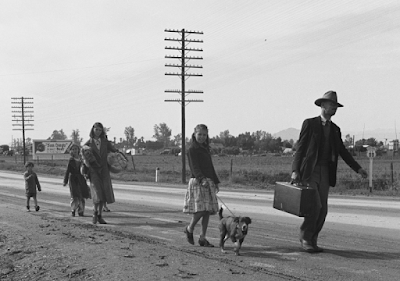 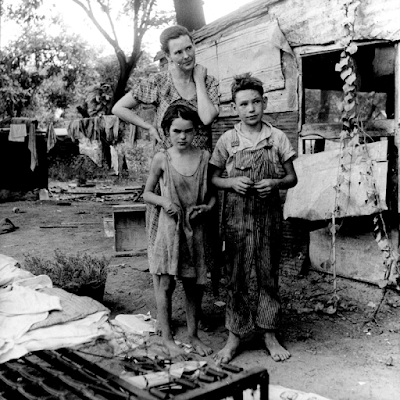 And finally geophysically and climate wise things were not all that good as well. The picture below is a dust store photographed in Stafford Texas which is not all that far south of the authors location. 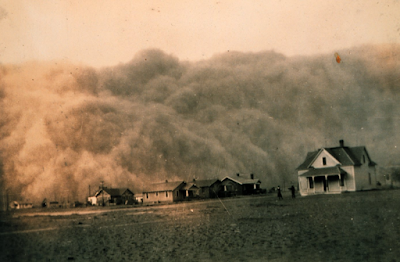 As I watch the world go crazy with the virus, unemployment, shutting down of our food systems and the crazy prices at the grocery store, I am reminded what my grandparents went through during the great depression here in the US. They didn't want to talk about it much, and my grandmother always brought up positive things to talk about. She always just said "Well we just got by" and ended the conversation. They were just children at the time, but you could see that there was a branding of sorts deep in their minds. Later in life when my grandmother married, they always had a garden, chickens, and of course a pig or two for ham and bacon. There were mules and horses and a milk cow.  This was city living at the time. My Grandparents lived on the wrong side of the tracks so to speak, but that was were the switching station was and my grandfather had to be close to the tracks. My Great Grandfather was a teamster and brought cargo that arrived on ships into Central Texas.

So why am I bringing all of this up? Well I see what my Grandparents had to go through breaking out all over the world. We are probably not going into a Great Depression but and end of an era or the fourth turning. I call it world 2.0. It's a world that few can even bring their minds to think about. It makes the depression of the 1920's and 30' a walk in the park. Now is the time to start thinking about your own security and especially food security. Not only are we facing what I think is a man made virus that was put together in a lab and escaped, but we are facing people who want to drag the United States down. Any sane person should see what is happening. It's amazing what people are putting up with.

None of this really surprises me though as the US has been dumbed down to the point that they will believe anything they are told. Even worse most do not know how to take care of themselves.

My Grandparents did, and I do because I watched, but our children and grandchildren can't tell time, write a letter or tye their shoes.

That is why the last eight or more months I have been involved in new ways to produce food that even the most dumbed down American could do. We all must soon learn to produce our own local food or we will soon see food being used as a weapon. I suspect that if you and I are hungry and have no food, we will consider anything to eat that ne2`xt meal.

I and about four other people are working on some amazing things. All of these things which at the moment are being patented will be available on our new store in about four months or so. We are also looking for people who might be interested in being team members of what we will be releasing in the future. Some of the things will put food growings systems we now use to shame. You can expect food output to be almost four times (yes 4x) as good as the sorry way we grow food now. It's not chemical or mechanical but earth based. Please follow my blog to see what I am talking about.

In addition I have a new store where I sell seed. At the moment I have more that 30 plus types of seeds for sale.

When we release or new food growing technology, my store which is up and running an the moment will be moved (merged) ino our newer store. I can almost guarantee you will be blown away by what is coming. If what is being released is used globally, then the world could increase the food supply by 4X. You will be able to grow much of your food in your backyard, and local food growing communities would feed hundreds of people.

Please believe me when I say that I am not a snake oil salesman or selling a "Pig in a Poke", or something that sounds so good that it's not possible. I am putting my reputation on the line on what will soon be released. 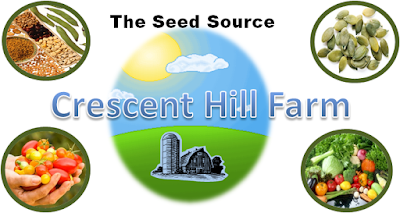 You can visit my store HERE at the following URL. Please note that at the moment seed is only available for shipment in the lower 48 states. We hope to offer shipments to Canada soon.
If you are not in the US, I would suggest that you VERY SOON source your own seed locally.
Thanks and best of everything from Central Texas.
Dennis