The Year of the Great Awakening

Most of you who read this blog are already awake, at least I hope so.But how about the rest of the + Eight billion who never read this blog.

What is coming down the line with the Super Grand Solar Minimum will become very apparent in the next coming years. 2021 will probably become the year of the "Great Awakening". People will wake up to the fact that there will not be enough food to go around to feed our almost 8 billion people who like to eat. That's when the panic will start.

This panic will make it even worse as all the available food will be stripped off the market.

If you remember when Americans thought there was a fuel shortage. They went to gas stations and stored much of the available gas in the gas tanks of their cars and trucks. It will be the same with food. When that happens people will start to starve. Not a pretty picture for sure. 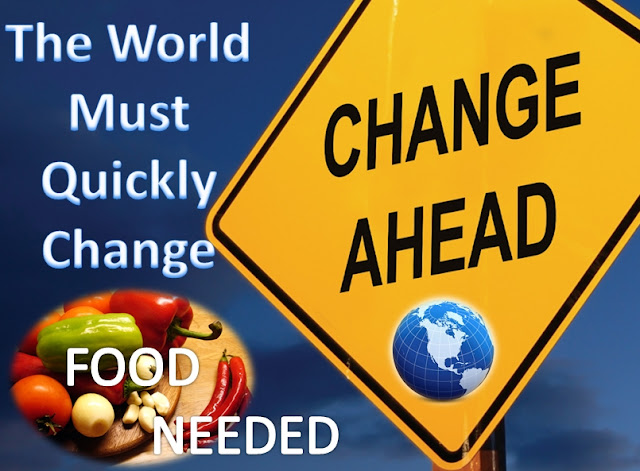 This blog is about me and the food I grew and can grow. It's nothing about my ego as it is really about you, especially if you are not growing your own food or just thinking about it.

I am 76 years old and  if an old grumpy Grandfather can grow food, just think about what you as a younger person can do and could grow.

Also, this blog is about your survival and well being. You soon will not be allowed to sit at home and watch movies and entertain your self with social media. All that is soon to end. The US unless we wake up is going to become a place with much less food available to it's citizens.

You are going to have to make up that missing food for your family.

I have never had any training growing food except for watching my Grandparents 70 years ago get out a shovel and start one. You don't even need a shovel if you have read some of my blogs. I talk about a Ruth Stout garden in my book and in my blogs. If you need a quick way to start growing and reduced weeding then Ruth Stout is the way.

Think about food and the Victory Garden during World War 2. Think about food that was grown during the great depression. My grandparents and parents went through all of that. My grandparents always had a garden and chickens. They raised a pig or two every year and had a smoke house for bacon and sausage.  That was not that long ago, but modern food systems have made us into slaves of the Just In Time (JIT) delivery system at the local grocery store.

As I said in one of my blogs, a very sweet and young woman asked me what I did with some seed packets I had purchased.

Look at all the food in the picture below. At most, probably 300 seeds were used to grow that food. 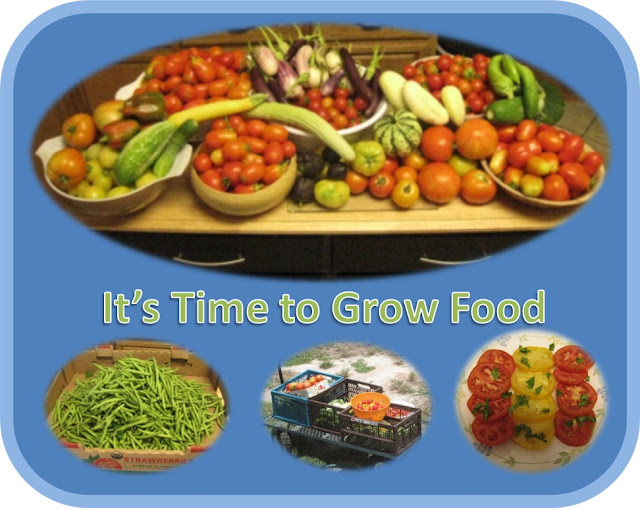 The Above picture is some of produce I grew on our farm. Because it's rather dry here in Central Texas, everything was drip watered if needed. Could you believe that I could not sell yellow tomatoes or white egg plant? I bet that will change in the future!

Because of global cooling and what that brings with it, the US, Europe and especially Canada is going to go off line. I like to think of Canada becoming an un-discovered place, as it will not be a food producing country for much longer. This applies to a large portion of the US, and Europe as they will suffer in the same way. Most people cannot wrap what I have written around their thick sculls. I can really understand that as mine was pretty thick as well. 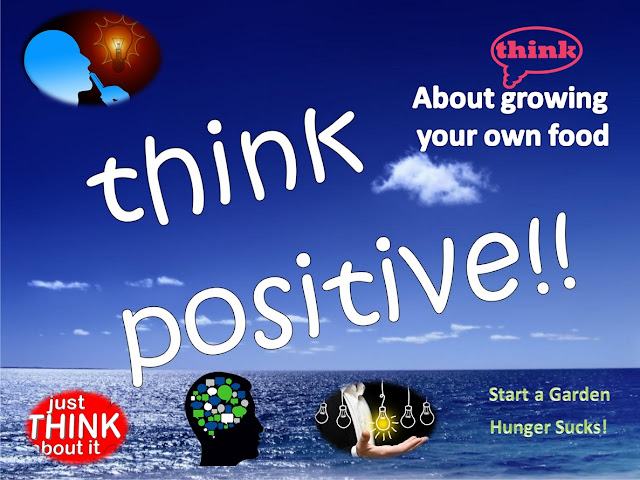 But it does not have to be that way if people just wake up now. You and millions and billions of people could quit depending on their JIT food supply and grow their own. It's not all that hard and there are many solutions. Even a child can start a garden with a bit of help. 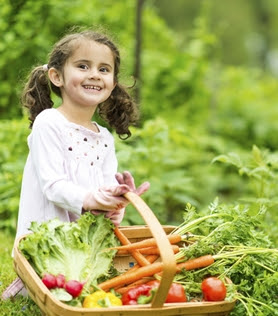 Growing your own food brings with it all kinds of good things like food security, and good health. It could become a rewarding global cooling business as well

The world  needs farmers, and you could easily become one. Also think community. Ten or twenty people could grow many thousands of pounds of food for many hundreds of people.

That is the only direction that we can go if we want a sane world that is not plagued by wars and conflict.

So in the coming blogs, I will be displaying what an old 76 year old Grandfather can do. If you are not now growing a garden, I hope it makes you feel bad.

The future will need some very innovated methods of growing food. Perhaps you can come up with them. My idea is a more modern Chinese style greenhouse as shown below. If you take the simplicity of a Chinese greenhouse and add some technology like supplemental light, some fans and computer controlled monitoring, then you end up with a system that can probably operate in all sorts of environments. Drip watering and other ways of growing can can be implemented. 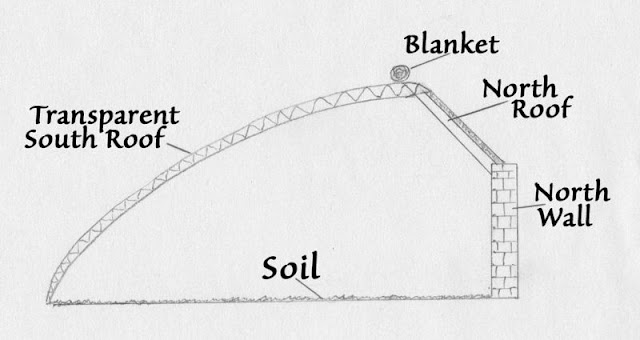 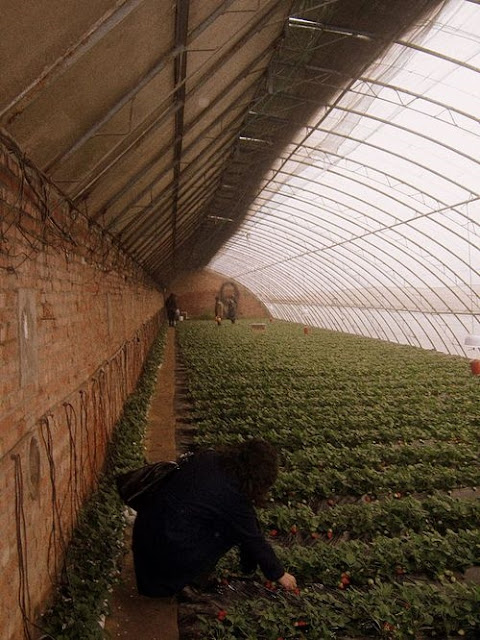 Above is the general design. The greenhouse is open to the south and block the north with a wall. The inventive part of this design is the roll up blanket that can be rolled out when needed. If it's really cold at night, this would be ideal to keep what trapped heat is available in the greenhouse. You could also line the backside with black 55 gallon drums filled with water to capture heat. The above picture is a greenhouse growing strawberry's.

OK, so much for this blog. In my next one I will have some of the pictures of what you can do on a small piece of land. Its been nice here in Central Texas. Looks like other places are not doing as well. The weather gods here are been really lazy lately, so I have been able to get ahead of them. Things are really looking really bad globally climate wise, so take you finger out of your ear and mouth and start that garden. 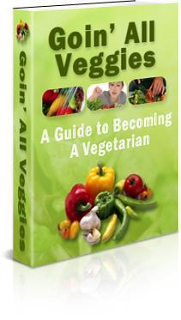