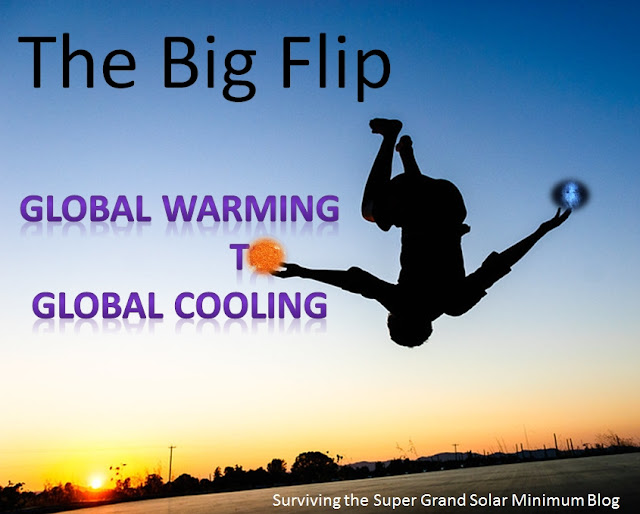 If you have read my blog then you know that we now live in and the earth is part of an Ice Age Epoch for around the last 2 million years.

This Epoch or time period is called the Pleistocene Epoch. It is possible that this present period will last millions of more years.

During the Pleistocene Epoch, there have been short periods of interglacial (between glaciers) warming like we have just experienced.

The normal Pleistocene climate though is a cold icy one and usually have lasted for 85% or more of the time between interglacial warming and cooling.

Progression 1 - Human caused CO2 and global warming will destroy the earth and people.
Progression 2 - While global warming exists, it will cause all kinds of problems that will probably not kill us all.
Progression 3 - With all the melting, we have freshened the oceans and have caused a great cooling period.

Progression 1 and 2 are absolute garbage and only reflect an agenda to tax and control people. Progression 2 and 3 will be needed as an answer when it gets so cold the IPCC needs other excuses for their agenda.  The reality of our previous now ending warming period is that it has allow our present population to grow to its plus seven billion population. It has been a warm and wonderful period of great advances and ways of producing food, energy and housing for those seven billion plus people. Great scientific advances have occurred during this period. GLOBAL WARMING HAS BEEN A BLESSING TO MANKIND.

Progression 3 would be and could be true if the earth was truly warming. This is the warming safety switch that gets turned on when things get too warm. Ice sheets slide into the ocean and cool and it reduces the salinity of the oceans. Our global warming conveyor belts breaks down and Europe freezes. While all the above is true, that is not what is happening. We are not warming anymore.

Progression 1 - We are looking at global cooling, global crop failures and a coming Pleistocene icy and cold period.

You have seen the graphic below many many times and you may get tired of it, but it really is the big picture and the elephant in the room.

Looking at the graphic, on the far right is the period that we have just lived through. Notice that there has been few temperature spikes during this nice warm period and also notice how abruptly things can change.

So how quickly can we slide into the periods of icy cold? If you go out on the internet and look up that question they will probably tell you thousands of years.

What they do talk about is how long before Chicago is a mile under ice as the earth starts cooling. That mile of ice must have a start and it starts with cooling. That is probably what we are seeing now. When this starts, seasons will get shorter and you will see many of the climate changes we are seeing today. Crop growing areas will no longer be useful to grow crops, and the earth will slowly cool and we will see huge amounts of food not grown any more. Yep and over time Chicago will again be covered by ice.

And here is the thing to worry about. It is possible for an icy and cool abrupt change into really cold times if our sun actually goes into a low glow mode. As above, it will be a slow progression, but at some critical point, the sun will finally run into weak plasma streams, currents and sources that don't support the sun as we see it now. The sun at that point will have a huge reduction of energy output and the earth cools abruptly.

NOTE: all those BLUE dips in the above ice core data did not happen when the sun was acting normal. All that blue is caused by a very cool and cold sun.

So to answer the questions:

How long does it take to go from global warming to global cooling?

Answer 1- It already has started.

How long does it take to go from a warm period in our present Ice Age to a cold icy one?

Answer 1 - It already has started

Answer 2 - We have about 20 years or perhaps less of relatively cool and cold climate then the sun's switch get thrown.

Answer 3 - It take thousands of years to cover Chicago in a mile of ice.

Then there is this:

Pollution is killing this beautiful world we live in and on.

Progression 1 - There is no place on this planet that you can not find plastic and human garbage. There is little on no pure drinking water anymore. We have been the worst kind of guest on this planet. We breathe the air, drink the water and grow in this planet's soil and we are killing it all. 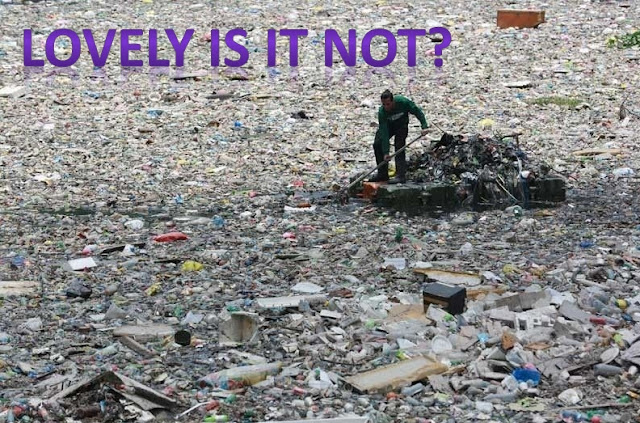 Our wonderful planet is being treated like one great commodity where it is sliced and diced in to little pieces and sold. If this is kept up, we will end up with a barren place that is frozen solid where nothing grows and there will be no one left to even care.

Humans are being treated the same way as the earth. Human life is cheap.

Here is a great headline:

Above headline from Zero Hedge at this URL

Ya human death is a commodity as well. Guess who received those trillions of dollars? Death, destruction, human slavery and you my friend are just a commodity and have a dollar sign on your forehead. Other that that you are just useless unless you can be used.

OK enough for this blog all you free range slaves out there. It has been warmer here in Central Texas but I am battling weather gods in my greenhouse as I expand the cold weather growing areas. Up your nose (with a rubber hose) as my sons often often said weather gods.

Thanks for reading my blog. Again I say:

Here are my really good recommendations:
Prepare (cheaper now than later)
Get 7 years of seeds (and some for others)
Start your own or a community garden (grow thousands of pounds of food)
Join, start or contemplate being part of a community (you could be a leader)
Take care of your family and neighbors (especially the older ones like me LOL)
Look after those that have less than you. (they are all over the place)