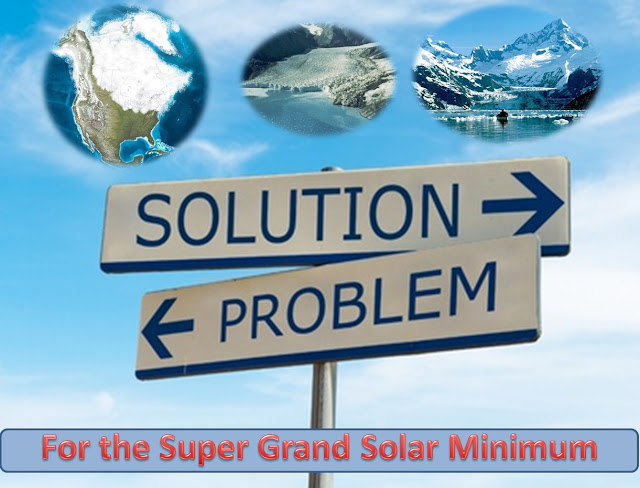 There is ONLY ONE solution to surviving the above problem and the graphic below depicts what will be needed. 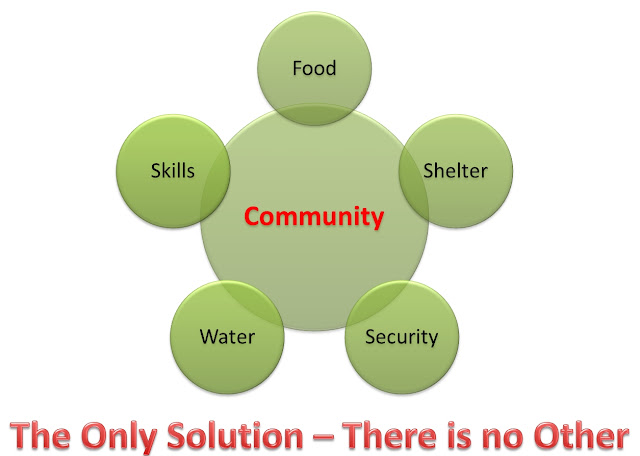 This will not work:

I will go out and live in the wilderness and live on the land.
I will steal and rob what I need
I will survive and hide in the city
People will give me food
I will live on the food stored away by others
I have a weapon
The military will ensure food is distributed fairly
The government will help us
We can use our country's surplus
There will always be food available
Things are warming not cooling
I am a Democrat or a republican!
I am a Christian! (note I am one, but I am not pushing that on you)
My family and I will survive together
I live way out in the country

While some of the above I can not argue about, none of them will insure you have three good meals every day or even once a day. I could write many pages after pages why all the above is really foolish.  Note: Thomas Edison did not live during the SGSM. If he had he may of gotten away with one or two. 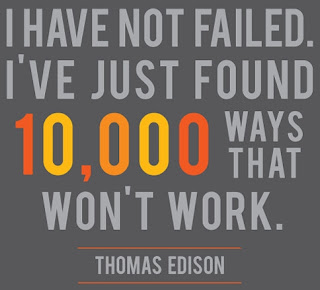 One person recently commented about tribes. Have you ever wonder why most Indians here in the US were organized into tribes? Well Indians didn't use the word community, but that is what they belonged to. The reason was that for thousands of years Indians and other civilizations depended on the tribe or community for the things listed above. Food, water, skills, security and shelter. In a nutshell, it just worked and worked well.

In our present times they are very few communities. It's so bad that even the family has slowly been destroyed. A family is a very small community. When my parents were growing up, they lived next to their aunts, uncles, grandparents and cousins. Most were only a house or block away. There was great cooperation and when some one had some tough times in the family, all the family was ready to help. That's just an example of what an extended family was like, and that's just a small example.

Americans and people globally have lost a sense of community and even nationalism which is a form of it as it is being demonized. Gee if you are a French National, you may make some one feel bad by not being inclusive what ever that means! It's that stupid. It's no wonder that community is sort of an alien thing to most.

If we do not come together as communities, then get ready to see the greatest destruction ever seen of human life by humans on this planet. Billions will die, and it's because most people just don't get it. It's food stupid and there will not be enough if we don't get along and live in  communities that has only one great function and that is to stay alive. It's that serious.

Not just a few humans here and there but for the almost 8 billion humans that have wants, needs and dreams just like you and I. They all can hurt and bleed just like all of us. They get hungry when there is no food and they will die if there is no water. They love their children and family just like most of us do. Most of them will not know what to do when things get really bad and it is my and your responsibility to light the way. That way can only be community as the world will not survive a "EVER ONE FOR THEM SELF'S" attitude and actions. IT WILL NOT WORK. 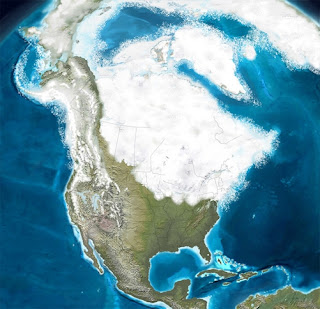 If what is coming this way is actually a relapse back into a icy and cool period of the ice age we are living in, then things will get even more complex.

There is really ONLY ONE SOLUTION to that as well. All the countries of the world will have to cooperate in developing new and known technologies to actually live in this sort of environment. I have covered what this would be like and where mankind would have to move to actually survive the cooling of a cold period which could last many millions of years.

Lets hope we don't see a relapse, for at the moment humans don't seem to have any thing to agree on except to hate or kill each other. Not a good sign of things to come are they?

Who said hope in one hand and spit in the other and see what one fills up first? Nasty example but probably true. Hoping and doing are two different animals.

Thanks for reading my blog and I hope it makes you think. It is quite possible to get through this, but we must all wake up and see what we are doing and what we COULD be capable of. As usual, I suspect that most of our "Leaders" will gum up the works.

Now is the time. In a couple of years it will be too late if what is looming is global food shortages.

Now is the time to
Prepare (cheaper now than later)
Get 7 years of seeds (and some for others)
Start your own or a community garden (grow thousands of pounds of food)
Join, start or contemplate being part of a community (you could be a leader)
Take care of your family and neighbors (especially the older ones like me LOL)
Look after those that have less than you. (they are all over the place)

Those crappy lazy Central Texas weather gods are trying to get back at me, as we will be soon be seeing temperatures in the low 20's. What they don't know is that I have some well planned methods of blunting them. Ill tell you about that soon.