So what can be said about politics. From the start of what you would call politics, it's never actually been about the well being that the politicians seem to say they are looking out for or representing. In the end POLITICS has always been about - AGENDA. Obviously it's never about your agenda.

What I can not really understand and fathom is how humanity has always believed what politicians were saying, as it was so obvious what they were saying never really matched what they were doing. This is even hugely more obvious today than it has ever been. In fact is actually obvious to see that our present political agenda is actually about destroying our country here in the US.


Have You Been Trained?

As I said in a previous blog "Have You Been Trained? Have you been trained to believe that all this craziness and stupidity is actually important, or is it a really big well planned deception?


I can see that many are trained by what their car bumper stickers indicate! 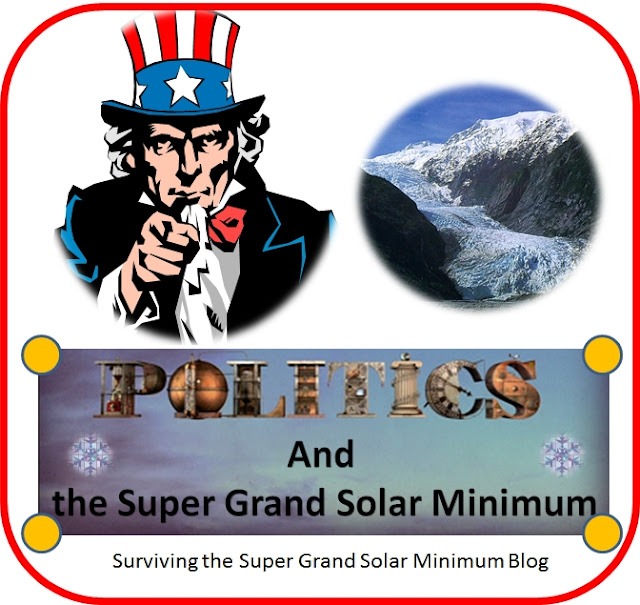 I am not sure what has caused all these people into being blinded by what they are so intense about.
Strangely what seems to be so import about is nothing important or useful. It does nothing to improve the life's of Americans or anyone for that matter. While Washington is in awash with craziness, hate an complete stupidity, it looks like it is a fight to the end for power and money and the heck with non political beings who have wants and needs.

So what is really going on (it's never really what we see)? Is what is going on in Washington really an intense one act play? Is it being put out there to distract from our view to see what is really important? I think the answer is yes and no. Yes it's a detraction, but the agenda is to eventually destroy our present nation.

Here is a list of what I thing why the detraction are needed and what is being hidden:

All of the above is what humans do, cause and become when they go as low as they can go. Like into the pit's of hell or worse. It's the worst kind of human you can think of and there are a bunch of them and a huge surplus of them in Washington and globally in all the seats of political power.

Our owners and politicians are not just yet finished raping and pillaging any thing they can get their slimy hands on. It goes as deep as selling baby parts, and sexual abuse of children and selling humans into slavery. If this bothers you it should, but this has been going on almost forever. If this bothers you then you have been asleep because you are naive, blind or just don't give a crap. It is important that we think every thing is OK and that Trump needs to be tossed out of office and a wonderful lady who lost the last election be there. That's really uplifting isn't it?

So if every one on this earth suddenly found out that they might starve to death in a few years it would crash the wonderful system that our politicians are milking like a big fat cow on antibiotics.

This is the REAL AGENDA and what we are all facing. Its not just here in the US but globally. We are at an increasing speed approaching the Final Play as I wrote in one of my blogs 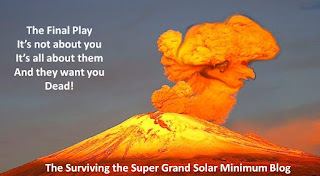 So is Politics and the Super Grand Solar Minimum reality? It certainly is and is in your face each day. The effects are seen every day in your financial life, in your civil rights and in your safety.

IT's THE FINAL PLAY FOLKS

This is not play time though as the final play will not be fun. We have two enemies showing up in the dangerous final play, us humans and the SGSM and a possible Ice Age.

It's time to untrained if you are finally see what is important - Politicians, Trump, power and greed and what our ?leaders? are doing to all of us

our hopes and dreams and needs and the well being of our family neighbors and our 8 billion brothers and Sisters. As always, it a choice,

but in the end it will all work out even if it doesn't! So choose wisely.

All the best from here in Central Texas.