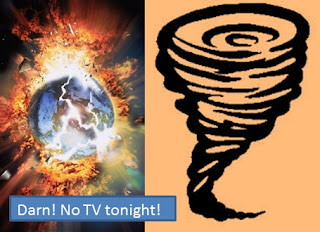 The headline read "Dallas TV station issues apology for delaying tornado warning during NFL game". This is a great headline and explains why Pizza, football and beer are more important than peoples lives and most have no idea what global cooling will do to their football watching in the future. While Texans love football, You would think a life threatening F3 tornado would be more important. This TV station needs to loose its license for endangering it's watchers. But an apology is always enough it seems. 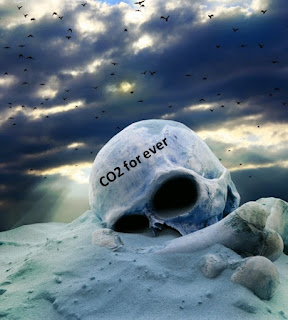 I am amazed how much CO2 gibberish I get when I search for global cooling. Right off I found this.

NO.1
" Tiny particles from burning coal have a slight cooling effect. That cooling competes with the greenhouse warming caused by the accumulation of carbon dioxide from burning fossil fuels. For a brief time cooling dominated, but as carbon dioxide continued to build up in the atmosphere and coal-burning was curtailed in the U.S. and Europe, the warming effect took over." Yep you heard it Cooling has caused warming. Kill all those CO2 belching power plants and things started warming. Amazing science there.

Ahh Yes the most guarded web site in the known universe and expert on human caused global warming. Just know that if you ever see this under an article you will be at the right place. Actually I find Wikipedia pretty useful for some things. Forget Global cooling though.

Are we heading into global cooling? From Skeptical Science - Their answer Well Hell No. It's CO2 stupid and the oceans are warming. Ya they have, but what oceans? They don't say. Our southern oceans at the moment are cooling big time. They also explain who are the crazy insane people who are predicting global cooling.  This site is really cool and need to be visited. Sorry to spend so much time on it. Go to this URL and look at the ads on the right hand side, To entice you they are:

Ask NASA Climate - Nope, Earth Isn't Cooling. At this wonderful website they will explain how cooling is actually warming. Bad is good. Good is evil and up is down you see you stupid human CO2 generator. This site make me almost sick.

Goodies from NASA Answers: While sun does influence the Earth’s climate, it isn’t responsible for the warming trend we’ve seen over the past few decades.

Actually, human CO2 emissions dwarf those from volcanoes. My answer: Ya but so what?

And then there is my favorite Hockey Stick caused warming chart. Good data until the end.

I could go on and on but won't. There is really a war out there to show how humans are being fooled about the coming cooling. Why are they as in they doing this? I have answered this many times in my blogs. Here is my graphic on this:

Think about it if all your neighbors knew that in the next few years that there was a food shortage coming what would they do? What would they really really and I mean really do? But what if all the world knew this? I would have to use REALLY a hundred times. Instantly there would be no food available as it would be scooped up by those who could afford it. In a few weeks there would be riots. In a month people would start dying. In three months people would be killing each other for food. In nine months the worlds population would probably be reduced by 90%.

A skeptic would say - no that could never happen, but the problem is that the instability would cause anything that could happen not to happen. Its one large domino effect. Once it starts rolling it's all over. It wont stop until things equalize. The equalization is the amount of existing people and the food available.

Governments around the world need to slowly ease into this. Encourage people to have a years worth of food and help those who don't have the money do that. Encourage gardens and food conservation. Spend research money on more diverse ways of producing great volumes of food in cold environments. But no they want you and I to be: 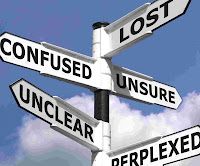 I sure hope you see that my blog is about Gloom and Doom, I am sure there are people who have read some of my blog posts and never returned. But it's not really about the gloom and doom and your reality,  it's about looking out for you and yours. Real reality actually has little to do with your perceived reality. The idea, that this can't happen is actually overridden by the fact that YES, this has happened in the past and it is looking like it will happen again. The real problem is that it will be much worse because of the almost 8 billion people that breath out CO2 and like to eat every day. That is the real reality.

This Blog is available for free, so direct you CO2 breathing friends here. It is also available as a free PDF at this URL. I also have a free book on community you can download.

Winter is approaching here in Central Texas. No snow like north of here but in the low 40's. Looks like winter has arrived three or four weeks early in some places. The Central Texas weather no good for nothing weather gods have started their own community. They don' seem to agree on anything except that I am the worthless one.

Wishing you the best of things that I can ever imagine.

Prepare
Get your seeds
Start or plant out your garden
Take care of family and neighbors
and
look after those who have less than you do.