It's The Sun Stupid

Yes that great plasma gorilla up there in the sky we call the sun is the real climate beast. No matter how many lies are propagated about human caused warming it's still the sun.

While I have been blogging along mostly about global cooling. We probably need to start looking at the economy here in the US, and the absolutely insane politics taking place in Washington.

There is also the burning and dimming of California as wild fires scar the state causing much misery for it's residents. The dimming part is the power cut to millions as 80 MPH winds cause planned power cuts.

In my past life I spent many wonderful times in California as I had to visit the Chevron (Standard Oil) research facility there. I marveled at the beauty of the state and all those most beautiful looking young ladies in San Francisco which was the company headquarters. Yes I love and appreciate what women bring to all our life's. Thankfully my wife had no problem with me having many women friends in my professional activities. My wife is the treasure in my family.

Going on about California, it looks now that all the great cities of California are becoming dumping grounds for the spirits of poor people, and trashing any hope for any sort of future. 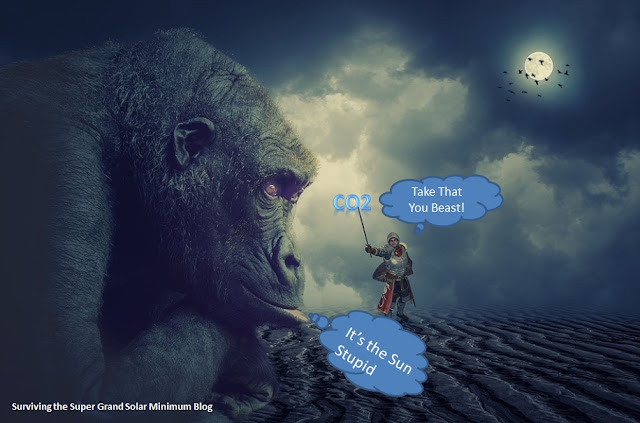 AND Its Not CO2 either. 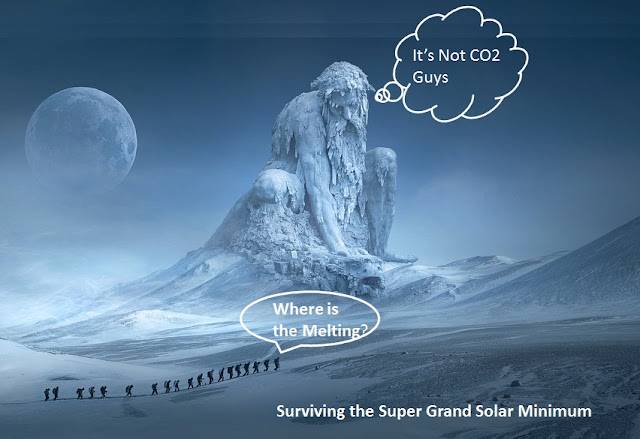 Going back to politics, All this madness needs to stop or it will eventually destroy this country. Personally I am amazed what has happened from the 60's until now politically. I no longer recognize the same country from my childhood.

When I was a young man there were so many possibilities that I had to spend agonizing times just choosing where I wanted to work. It sure is not that way now. Yes there are actually high paying technical jobs but few available to actually fill the positions. Talking to some employers, they actually go out of their way to not hire some age brackets as they are so dumbed-down and demanding. Ya that's not nice to say, but then I am mostly not a politically correct sort. That doesn't mean I don't love people, its the reality of the thing which is horrible in its own right. We are wasting the life's of our children and that puts a sickening lump in the pit of my stomach. Our present politics does the same to me. If we are not careful, this world we have created will come tumbling down on its own, and wont take a Super Grand Solar Minimum to cause the tumbling. I really can't believe all the insanity of our so called ?Leaders? and what is taking place. What is all the hate being shown?

What I Think Is Happening

While I am really not a fan of our president as he is about as crude as they come and wonder where he learned to speak English, He was elected. That stopped a lot of things from happening. The female that ran against him in my opinion is from the pits of evil, and that is what the globalist were hoping would be elected. It would have been more of the same evil and the pits of evil would have been a visitor to the US. If Americans are not careful they will have few rights to protect them self from the globalist who really run this world. But you really get what you deserve, and a large portion of US citizens are a lazy sort that is afraid of their own shadow.

Well enough of that, as I hope you know by now how I feel, so back to cooling. 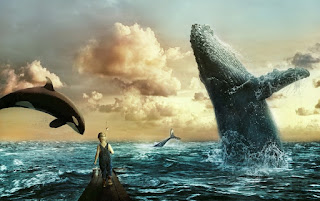 I am going to pull the Children thing now. What about their future? Who is speaking for them and don't they deserve a life of safety and security? I look at mothers carrying children all the time and am amazed how dependent and small they are. So what do the crappy and crazy politics going on and the mostly insane oppressive governments all over the earth have in store for all our children. In my opinion not much.

Graphic Above "A Child goes Fishing" 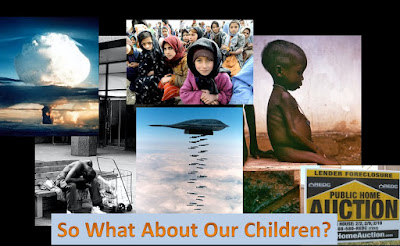 In your mind place a baby next to a rocket launcher, an atomic weapon, a fighter aircraft or  an army of millions with advanced weapons.

Hopefully you can see the complete absurdity of that.

But it will only get worse unless we stop it and the SGSM will perhaps be the finishing touch. Is this a world you like living in? You really don't have to as it is a choice, but it will need a choice made by billions to stop the insanity and actually care about our children and get ready for a cooling so deep that man has never seen anything like it. With what is going on in the world, IT WILL BE IMPOSSIBLE to prepare.

All the above goes through my mind when I try to sleep every night which lately I have not done much of. What saddens me is there is probably not much I can do personally as I am a power of one, and it will take billions. So it is your responsibility to get your feelings out there. One can talk to two and two to four and soon it will become exponential.

But people are mostly afraid to speak out. They seem to be afraid of each other. I think the reason for that is that they don't see each other as brothers or sisters.

Being afraid creates mistrust and mistrust creates fear and fear creates violence and we are off to the perpetual killing machine we call the human race.

Will we ever learn? And who will speak for the children?

Thanks for reading my personal blog. It looks like we went from summer to winter here in Central Texas. My outside cats are threatening to go on strike if I don't feed them so I had better listen to them. My inside cat named Cindy is as lazy as those crappy weather gods who have been complaining all day lately. Seems I have exposed them for what they are!.

Below is my cat Cindy. 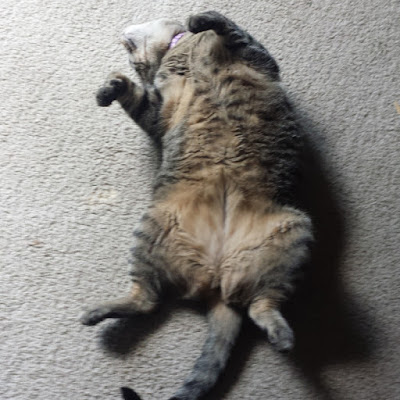 
Cheers and Best of everything. Speak for the Children

Prepare
Get your seeds
Start or plant your garden
Take care of your family and neighbor
and look after those who have less than you do.