Between a rock and a hard place


If you are caught between a rock and a hard place, you are in a difficult situation where you have to choose between two equally unpleasant courses of action. Not choosing may be even worse.

Is it Global Warming or is it Global Cooling? Actually it was both and we are now living with the fond memory when things were warm and toasty and our crops grew and the food was good. But we have departed that wonderful period that man may not experience ever again.  Yes as I have said before there was such a thing as Global warming and for sure it was a real blessing for the people of this earth. But the warming part was hijacked by very radical people who if not stopped will make it into a cult or almost religious like.

Slowly people have been waking up and realize that the sun is the Climate Cop and enforcer. The Sun is a cyclic monster that does what it wants, and your carbon footprint is like a grain of sand in the universe when it comes to climate. Not so much like that when it comes to polluting our precious earth.

The little ice age was actually broken by a great burst of energy from the sun that started about 300 years ago and was advancing until around 2008 when it ended and like a light switch being flipped on has started to cool.

The cooling was followed by a great decline in sun spots which is an indication of a cooler sun. Between 2008 and around 2017, things slowly changed, but the 2018 and 2019 winter and planting seasons finally showed what was started back in 2008 and talked about by John Casey. Crop failures and more brutal winters took the place of warm season wide planting and harvesting ones. 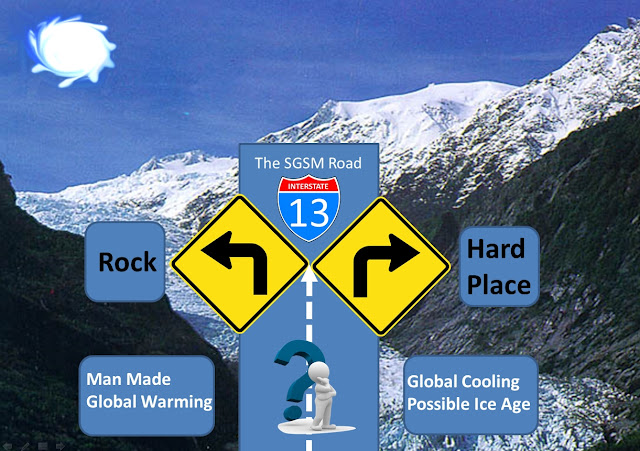 The Grand Solar Warming period is slowly fading quickly and will be only be a fond memory of all those prosperous warm days spent by most of us. Those alive today will never see a period like we just experienced ever again. 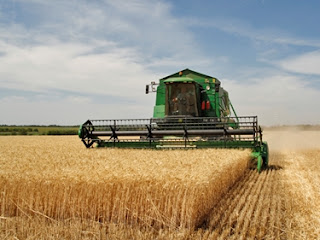 The abundant grain and wheat harvest will also fade into the past as our seasons narrow and crops fail from the new environment of the SGSM. It happened before and it is happening now.

We are now just starting a decent into the SGSM that may end with the sun cooling so much that it will flip into a low glow mode. At present we are seeing that cooling by a huge increase in Galactic Cosmic Rays that cause the earth to cool by effectively causing more clouds which reflect the suns energy back into space.


So lets look at two things. These things are the Super Grand Solar Minimum and a transition into an Ice Age. The real problem is this:

An increase in Galactic Cosmic Rays occur during these periods.
A reduction in Sun Spots occurs as well
The earth slowly cools and crop fails
The earth's and suns's magnetic fields are reduced

But there is one thing that is very different from a 200, 400 or 3200 year cooling cycle and a transition into another real ice age that could last for millions of years.

This difference is the decreasing of the suns solar winds and the energy that feeds our plasma sun.

This decrease exhibits and mimics the same problems a SGSM would cause. A cooling earth, crop failures and very crazy weather and climate.

So a coming ice age could be like a stealth aircraft. You would not see it until it was too late!

But and it is a large But, we are seeing a reduction of the suns solar winds at the present time. 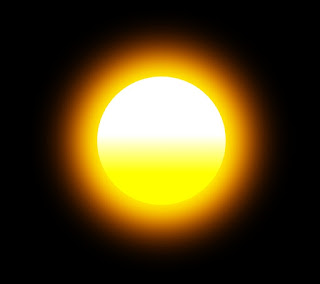 From the late 2000's onward, we have been slowly living in this hot / cold boundary time zone where the sun is receiving  less and less energy being fed into the sun. This energy feeding the sun is galactic in nature and the sun (and the earth and planets) go through these galactic cycles  every millions of years causing the almost digital on and off of ice ages.  This reduction at some point ten years from now could cause the sun to finally not receive enough energy to keep up its hot strong energy output and actually go into a plasma low glow mode.   This is basically what worries me at night.

While we cannot escape an ice age, we sure can prepare for it if we only choose to do so. And that really is the problem isn't it? For humanity to prepare for such a thing it would take an acknowledgement NOW and we would have to start thinking what we could do TOMORROW. Hmmm doesn't seem to be something anyone is worrying about right now does it?

So we need to be facing the consequences of what is coming our way but sorrowfully that may never happen. The reason is that humans seem to be tied up with some really crazy notions brought on by the CO2 heads that our sun is just one stable atomic power plant that just pumps out energy in a very consistent manner. If that is so, then we humans are causing all the change. This is so false to be actually funny but a deadly funny at best. If we stay in this small black box of stupidity, it will almost kill us all.

While some look at things like ocean currents and temperature variations, greenhouse gasses and volcanic activity which indeed do effect climate. Nothing I repeat nothing will stop an Ice Age if the sun shuts down into a low glow mode. The sun is the only factor we need to look at and we better do it quickly.

The new term most do not hear is solar forcing. This is not just some new word, but describes what the sun does to our climate. We can see this in history and climate records and in ice cores and other cores like river and ocean beds. All this points to the sun as the one thing that forces and drives our climate.

So how can it be hot as hell as it was reported last summer in France? What most people don't get and just don't perceive, the sun is dying. No there will not be a burial, but it is getting weaker by the year. The hell point is like a pan full of many gallons of water. If you make that water boil and then remove the heat, how long will it stay hot. The sun has done the same thing to our planet. The water is still a bit warm, but will then really cool off and even eventually ice over. It's inevitable and our earth will just be like that pan of water.

So what can we do as a society. Well I have already covered that as we slurp up all the crazy media hype. So it looks like nothing will actually be done and we are on our own. What I think we can do as individuals and a community will be the subject of another blog.

There is one thing that I suggest that at least you think about, and that is the sun is the solar force that drives our climate. If the energy that feeds the sun weakens enough the sun will go into a low glow mode, and then an ice age will be a certainty. That energy feeding the sun is being reduced year after year.

All the above is what I think and are my opinions. This blog then is what I think, and I really don't want to and have time to argue about any of my beliefs, but you are really welcome and encouraged to make sane nice comments on what you believe.

Wishing you the best of everything from Central Texas
Dennis


NEW BLOG. I have a new blog on Microgreens at this URL.