Above slide from this URL

I think I have labeled this blog appropriately as we only have at most possibly 4 to 5 years to get our collective house in order. After that it will be all over except for the really nasty point as our world collapses into nothingness.

Actually I may have mislabeled the slide. The Too Late Point is probably around 2024. At that point much of our food growing zones will have failed and there will be huge food losses. It should have been labeled:

It won't really matter because there wont be too many people around to worry about it. If I am correct and I really hope I am just a crazy old man, we have just 10 years until it's all over with. If we do nothing in those 10 years which it looks like that will happen, there will be a lot fewer humans running around on the earth.

Here in the US, things are really getting crazy. People have been sidelined into thinking all this political garbage is important, while the SGSM creature slowly stalks them and the whole world.

Soon it won't matter what the Republicans or the Democrats or the President think or say. It's hog wash in my way of looking at it.

HOG WASH - really stinky nasty water that can kill you if you drink it!

Its" Much to say / do about nothing". If we can't eat we can't speak.
Much Ado About Nothing - a comedy by Shakespeare. Its really is a comedy, but a very dangerous one. 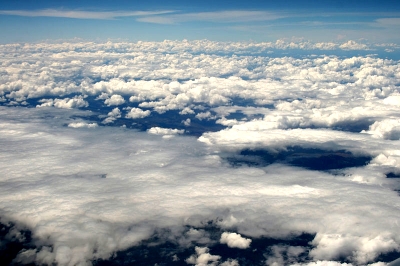 Above graphic published under the  GNU Free Documentation License, Version 1.2.

It's all about clouds.

The SGSM is a really creepy slow killing creature. It's up in the clouds for all to see, but clouds are beautiful are they not? Well not so beautiful if they cool the planet and cause food crop failures or a new Ice Age. If you think about it, our growing seasons are JUST LONG ENOUGH to actually plant and then harvest. That just long enough time is getting shortened year after year. One day soon, those who say they represent us will be silenced and that yelling and screaming noise will be starving people demanding they do something. You probably won't like their solution as they run like crazy animals into their bunkers leaving you out literally in the cold.

I never ever thought I would write what I have written above, but over the last few years it's looking like the above will happen. The Smoking Guns are the ever increasing Cosmic Rays and increased cloud cover along with a decrease in the sun's and earth's magnetic fields. I have just about exhausted the subject in my many blogs. The scary point is not much is being said about the cooling and crop failures which make me loose sleep at night. The real killer is that the earth's magnetic field is wandering all over the place and may flip. Again this will increase Cosmic Radiation hitting the earth and even more cloud cover.

So where are we headed? It looks like we are headed for some dark places. It looks dark even more if you watch the news and the never ending political insanity. We are now in the endgame of  "Don't look here as there is nothing to see".

I am Hopeful a few who read this blog will at least take a second look and come to a decision one way or another. Is that old guy in Central Texas crazy or not?

It's been rather hot and humid here in Central Texas. Those crappy lazy rain gods have not passed this way at all. In a week it will be in the 80s here so get out the wool coats.

Wishing you all the best
Dennis