The War on Meat - Global Control of food

Yes there is a war going on and it's trying to kill our consumption of that horrible disgusting meat. 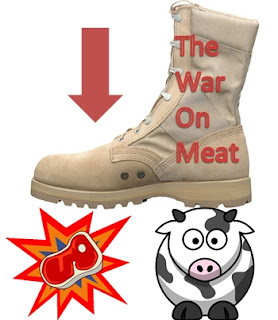 As you probably believe (wink wink) that eating meat is warming the planet, and if we don't stop will burn up the planet and we will all die!

From the Urban Dictionary:

If you have never heard the term “useful idiot” it was the attitude held by Vladimir Lenin towards communist sympathizers in the West (America). While Lenin and the Soviets held them in utter contempt they also viewed them as tools for dispensing communist propaganda to other countries, thus infecting foreign cultures with their totalitarian tripe. After their mission was complete, they were no longer “useful.”

Perhaps most were sent to reeducation camps.

It's a term the refers to brainwashed American Marxists who blindly support any ideology that gets themselves out of real work and causes others to pay their way.

Jeepers,  I hope I don't offend anyone with the above. But surely anyone who believes that destroying the consumption of meat and eliminating animal agriculture to save the planet must be a "Useful Idiot". But that's my opinion and I am a flawed human. I have constructed a few graphics below for you to enjoy. 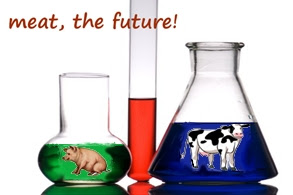 Yes meat products thanks to chemistry. My taste buds are on overdrive right now! 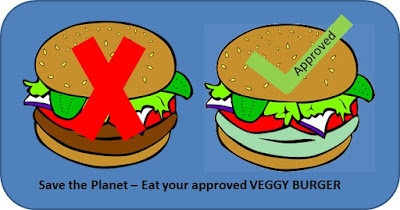 Coming to a school and restaurant near you. Yes veggy burgers are the real thing. I tried one as a test. Disgusting at best. Created gastric anomalies and was not sure what I was eating.

OK so whats this war all about? So what is the agenda. There is always an agenda and it's not always obvious but this one sure is obvious. Its called global CONTROL of food.

It's not very easy to understand if you are a  "Useful Idiot", so here goes and listen intensely.


The end result of all this is for corporations to supply all your food. Modern agriculture is frowned upon, and will ultimately reduce their bottom line if you eat good healthy nutrient dense foods you grew or others provided. It is the agenda of globalists that want to put humanity in a box where the will be forced fed (pun intended) anything they like. It's the complete subjugation of humanity on a massive global arena.

Just think. At this moment if you are lucky, you are a FREE RANGE SLAVE. Yes you can move from place to place, but the company owns you and the store ( and your house if you actually purchased one) and this will get much much worse.

While I watch all this play out, I am amazed what people are not doing to save themselves from all this madness.

What they are not doing in my favorite bullet points:


So soon if you ignore the above bullet points, you will be enjoying living in a corporate built and financed box where as I said above feed their processed food boxes.

It is my belief that we are quickly approaching a fracture of the global growing systems. Crop failures continue to add up, and you only have to look at the grocery store prices to realize this. In two years your life that you may have enjoyed the past years back will cease to exist and complete disappear.

Food will = $$ and if you want to create value and food money in the coming years just start a garden. While food is not the ultimate solution, there are no other solutions unless there is food available.

Darn, again I could not sleep, and this is the result of that. Its 5:00 AM here in Central Texas, and I can hear that darn rooster crowing outside. It's time to think about what is coming our way. Its not just you and that grumpy guy in Texas, but its the whole world.

It's time to prepare.
It's time to grow a garden
It's time to join or start a community
Winter is coming and also those global corporations who are coming for you