Will it be possible to live in the above places in the next coming years? If you and the above countries and areas take no action at all, then you will probably have to move. Perhaps very far south.

I hear a lot about growing in greenhouses and other places. As a owner of a greenhouse or two and a lot of experience in very large greenhouses, feeding 380 million or more of Americans from greenhouses is really impossible. It's just one big dream. The problem also exists in Europe and also our deep Southern American friends as well. 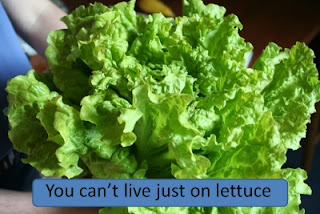 At the rate the earth is cooling, none of the above areas will exist because of food growing failures. Agriculture will ultimately collapse. I know that just the idea is hard to fathom, but it's on its way.

You can come up with all kinds of scenarios, but none of them will work if large amounts of food cannot be produced.

The problem is not just you and I, its about millions (billions).  If you don't have a global solution, then nothing will work.

So what is coming our way? At the minimum, I think that we are looking at a 400 year cycle. Below is my safe zone map. You can make your own if you want too, so don't criticize mine. Looks like where I live is a bit below Lat 35. The North Texas Panhandle is right on the line

So what about food? As in the graphic above, you cant live on lettuce. While you can grow high nutrient dense foods in a greenhouse, it would take millions of small or many thousands of very large greenhouses to grow large amounts of food. If the greenhouses are not in the safe zone, they would take large amounts of electrical power just to keep there environments safe enough to actually grow food.

So what is coming this way? With the coming crop failures, food will become very expensive. As I have said in previous blogs, we at some time will have to decide if we will eat or we will spend our money on unnecessary things. This will actually bring down the global economy. So even if there is food available, you and I wont be able to afford it. That is why we need to grow our own food.

We will soon live through times that we never even thought about. We are looking at the next 3 to 5 years for all this to play out. Just watch the weather and the prices at your local grocery store.

It's my opinion that every thing above Lat 35 will go off line for food production. So pick where you live and see if you are in my safe zone. Above Map  Creative Commons 3.0.

Because we are going to live through the Super Grand Solar Minimum, The safe zone is not really safe. Because of the wandering jet streams, there will be areas in the safe zone that will have some of the below bullet points:

If what is coming is an Ice Age. then things would be a bit worse. See the map below:

The other problem with an Ice Age is that the sun would be in a low glow mode. Lets hope that we will not see an Ice Age.

It's still warm here in Central Texas. My greenhouse is still warm, but it's getting cooler by the day. I am hopping (and hoping) I can grow in it until next May. Ill say it again:

Cheers and best of everything
Dennis