It just finally sunk into my head. Its the CO2 thing. Why are the global warmer heads pushing to reduce CO2? I can only come up with the following two bullet points:

It really can not be any thing else but the two above. I can't really come up with anything else. So here is what is running around in my 76 year old head.

The CO2 agenda as a control mechanism.
If you look at what is happening at the UN and the IPCC, then the above makes a lot of sense. The IPCC report on global warming is nothing more or less than fraud and manipulated data to push the IPCC's agenda. The agenda is that the world is warming, and that warming is caused by man's activity here on this earth. The boogie man is of course CO2. The solution of course is to reduce CO2. To do this, all the countries of the world must reduce their carbon footprint. The only way to do this is to tax people who are the greatest offenders. To reduce all this human caused warming will require that people must use less CO2 causing energy. This would require all of us living in controlled environments. So living in a city where you don't need a car, and your energy usage could be controlled would be ideal. This is really where all this is going. The problem with all of this is that the reduction of CO2 would cause the second bullet point to happen.

The CO2 agenda is being used to destroy the world.

This causes me to think about the following. It looks like Geoengineering is being used to block the sun and reduce heating. If we really reduce CO2 to a very low level, then we would eventually kill the earth. No plants or food would grow. It would kill all sea life. So are there some really insane people who think there are too many people and have decided to kill off a bunch of us? I really don't know, but what is funny is what the CO2 heads want to do to CO2 levels. If the levels are too low, bullet point two may just happen. Remember CO2 is plant food. Its just crazy, and I think that people who push the CO2 thing are just useful idiots. These useful people are used by people who push bullet point one. 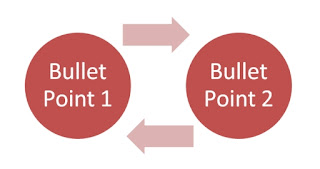 Which bring's me back to bullet point one which is the real agenda. See my blog " A Wonderful Day in CO2 City". While it is fiction, it is really the direction we are being pushed. While all this craziness is going on, the Super Grand Solar Minimum is pushing our way. Just think, in another year or two, the world will wake up and the above two bullet points wont matter. CO2 city won't have enough food, and those really cute electric bicycles will run out of power.

Oh no, I just thought of another bullet point.

OK, so there may be some humor in some of this, but in reality it's all deadly in the end. You can't push people into a city or reduce CO2 to levels where plants will die. Actually everything that I wrote above will fade into nothingness if global crop failures continue to happen.

Today is July 1st. 2019 and the world is hot, cold, flooding and being crushed by large hail. Large volcanoes are erupting and cooling the planet. Farmers are loosing crops and still can't plant their fields. People still hate each other, Joe Bob is still drinking beer and still doesn't get it. Mary Contrary still thinks that the clothes royals are wearing are really cool. Families are still not communicating with actual words and children can no longer write their names. WTF is a new word and people have a new texting language. So to keep it up
B C N U.
Dennis Dude
---------------------------------------

These are my two of my recommended seed suppliers at this URL
Posted by Dennis at 11:36 PM