Actually the question should be "Why worry about things you don't know that you don't know"? It will take some time for the Super Grand Solar Minimum to play out. It just started paying out the past winter and this spring. You will see the consequences of this playing out at your local grocery store and your bank account.

Ice Core Data
The graphic below is from ice core data. Some of the interesting things about this data is that the earth is actually an ice planet interrupted by short periods of warming. Note that zero on the left on the chart is our current time. Also from the chart you can see a cycle of cooling and warming. For those who push global warming, yes we live in a period of global warming, but gas exiting the rear of a cow is not causing the warming nor is it man made. Also note that temperatures were warmer in other warm periods than they are now.Guess what - we were not burning hydrocarbons and driving cars back then. 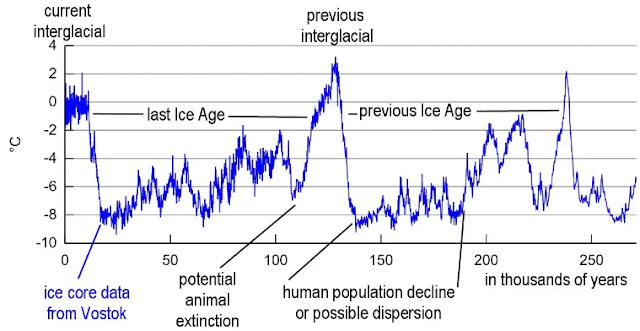 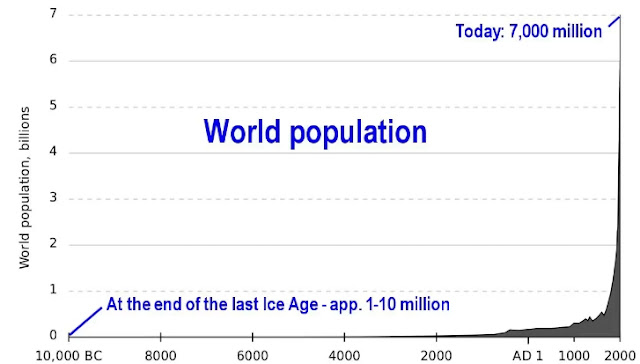 So where are we heading now? Will the present warming period go on and on? Will we suddenly go
into a new 100 thousand year ice age? Note that ice ages can start rather abruptly.

You can use sunspot data to trace the solar output.  The total solar (output) irradiance that hits the earth is directly proportional to sun spot numbers. The sun spot graphic below looks like the earth is going into a cooling period. This is the period I call the SGSM. 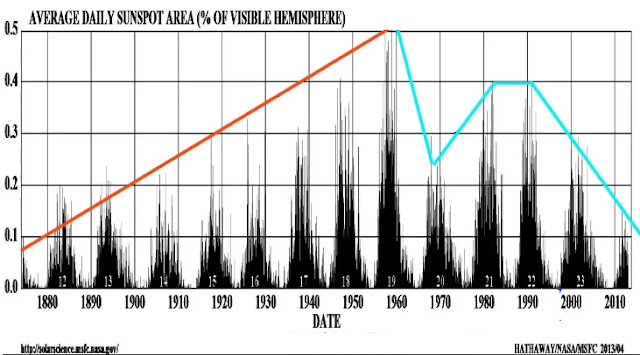 Another interesting graphic is a plot of more ice core data. From this information, transitions from warm periods to cold periods look almost digital. (On and Off). From this data, some researchers think that ice ages can go from warm periods to a decent into an ice age in 50 years or less. If we can believe the data which I don't know why we wouldn't, it sure looks like an ice age is just around the corner. What do you think?

Well that is enough for now. I will cover much more in later blogs. So what are the conclusions if any from this blog?

From what I see, cooling and warming are cycles. That the earth for the most part is usually much cooler for longer periods than heating. We have just lived through a very warm period that allowed a huge increase in population and the ability to grow food in places that were unheard of until recent times. From ice core data and sun spot data, it looks like we are soon going to exit this warming cycle and head back into cooler times. If this is true, then the 7 billion people on this earth will soon wake up to the fact that there might not be enough food to go around.  I would like to thank Ice Age Academy and Theater by Rolf A. F. Witzsche where some of these graphics were obtained. See you the next blog. Its time to start growing your own food
Dennis
---------------------------------------

These are my two of my recommended seed suppliers at this URL
Posted by Dennis at 3:40 PM